The UConn Drumline is unable to host Sounds of Summer this year. Check back in 2017 for more information.

The hands-on instruction received by attendees is at the core of the Yamaha Sounds of Summer curriculum. The students will rehearse and perform exercises and etudes contained in the Sounds of Summer Marching Essentials Book.

What Will Campers Receive?

When attending the Yamaha Sounds of Summer camp, each camper will have access to the Yamaha featured clinician.

When you register and pay for the Yamaha Sounds of Summer camp, you will get the following items included with the cost. The camp is designed to offer the finest instruction to as many students as possible while offering dealers a unique sales opportunity unavailable anywhere else.

According to John Wittmann, Yamaha Manager of Education, “The summer music camps were developed to help promote school music programs. Our clinicians work side by side with local educators to improve teaching skills. In turn, the students develop greater confidence and playing skills. Overall, the camps promote the thrill and enthusiasm that can be derived from music.”

All campers must register by Friday, June 6. Everyone that registers by Friday, May 30 will receive the early bird special price.

Thomas Aungst is the percussion arranger and caption head for the ten-time DCI World Champion Cadets. He started his percussion career in 1979, where he marched as a snare drummer for the Reading Buccaneers Senior Drum and Bugle Corps. He marched with that group for two years, during which they won the DCA World Championships.

In 1981 he began marching with the Garfield Cadets, who later became known as the Cadets of Bergen County. In 1985 he became the snare tech, and four years later took over the program from Thom Hannum, becoming the caption head and arranger for the their percussion section. During his time with the corps, they have been DCI World Champions eight times. In addition, the percussion section has won High Drums eight times with Aungsts’ participation. In 1996, the Cadets played under Aungsts’ direction in the closing ceremonies of the Summer Olympics held in Atlanta Georgia.

Aungst is the author of the instructional video entitled Rehearsing the Contemporary Percussion Ensemble, which is published and distributed by the Cadets of Bergen County. He is also an active clinician and endorser of Yamaha percussion, Vic Firth sticks, Zildjian cymbals and Remo drumheads.

Tom was recently inducted to the WGI Hall of Fame. 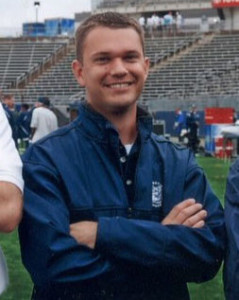 Chris started his marching career at Notre Dame High School (West Haven, CT) where he played in the drumline from 1994-1998. During the summers of 1997 and 1998, he marched in the tenor line with the Connecticut Hurricanes. Chris then attended The University of Connecticut where he was a member of the UCMB snare line from 1998 – 2000 and Drum Major for the 2001 and 2002 seasons. Over the summers, he marched in the Crossmen Drum and Bugle Corps ( San Antonio, TX) tenor line (1999) and the Cadets Drum and Bugle Corps (Allentown, PA) tenor line (2000, 2001 and 2002). Chris has also taught for the Connecticut Hurricanes in 2003 and marched in the Hawthorne Caballeros tenor line in 2004.

Chris is a University of Connecticut alumnus where he earned a Bachelors of Science in Manufacturing Engineering and Management. Chris currently works in the repair development group for an aerospace company in the Hartford, CT area. He manages a team of engineers developing repair solutions on jet engine components. 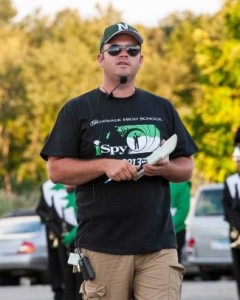 Chris Rivera studied as a percussion major at Western Connecticut State University, where he received a Bachelor of Science degree in Music Education in 2002. In 2005, Chris earned a Master of Arts degree in Music Theory from The University of Connecticut where he was a graduate assistant teaching Honors Music Theory and Ear Training. He has performed with groups/artists such as Dave Samuels, Arthur Lipner, Janis Potter, Gordon Stout, Jeff Hellmer, Nebojsa Zivkovic, Leigh Howard Stevens, and the New Haven Symphony.

From 2002-2009, Chris was the percussion caption head and arranger at Trumbull High School (Trumbull, CT). The Trumbull Indoor Percussion Ensemble was an Open class finalist at WGI World Championships in Dayton, Ohio every year since 2006; and recently (2008 and 2009) the ensemble earned two back-to-back 2nd place silver medals.

Chris has written for and consulted with many area high school bands, college ensembles, theatres, and drum corps. He worked with the Connecticut Hurricanes as caption head and instructor and more recently with the Bushwhackers Drum and Bugle Corps where he was the front ensemble arranger and coordinator.

In 2010 Chris became the new band director at his alma mater, Norwalk High School in Norwalk, CT. His duties include supervising the marching band, 3 concert bands, 2 jazz ensembles, 2 winter guard, indoor percussion ensemble and the pit orchestra. Norwalk’s indoor percussion ensemble was a WGI World Championships A Class Finalist in 2010 and an Open Class Finalist in 2011.

Chris has judged numerous marching bands, state and regional music festivals for CMEA, USBands and MAC. From 2008-2009 he was member of the WGI Percussion Advisory Board and is currently an executive board member and percussion coordinator for the Musical Arts Conference (MAC).

Chris is an artist for Yamaha Marching Percussion and REMO Drumheads as well as an education team member for Vic Firth. 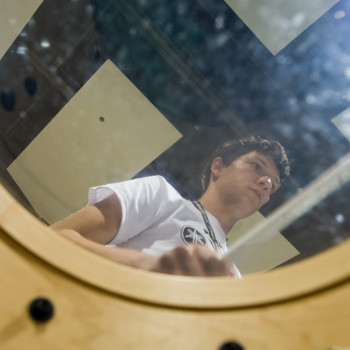 The UConn Drumline got out from behind their drums this week to help instruct young musicians at the annual Sounds of Summer camp. 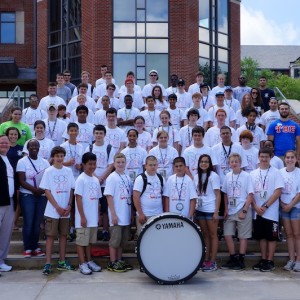 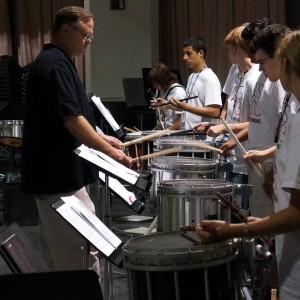 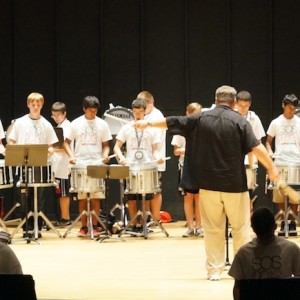 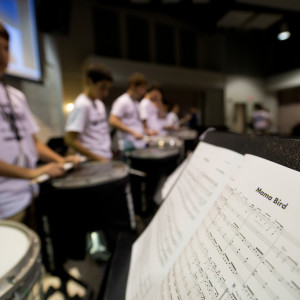 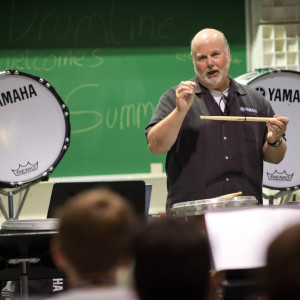 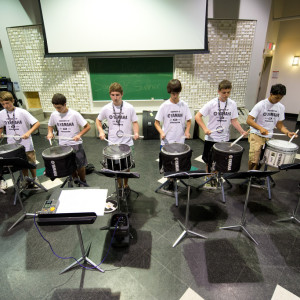 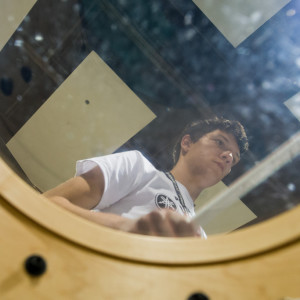 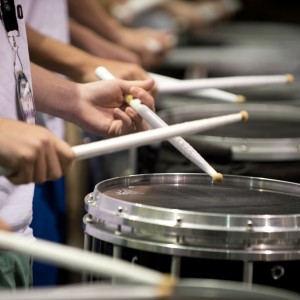 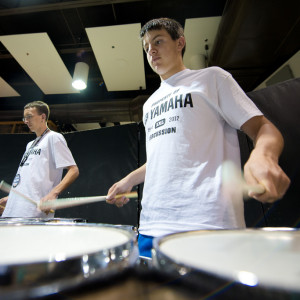